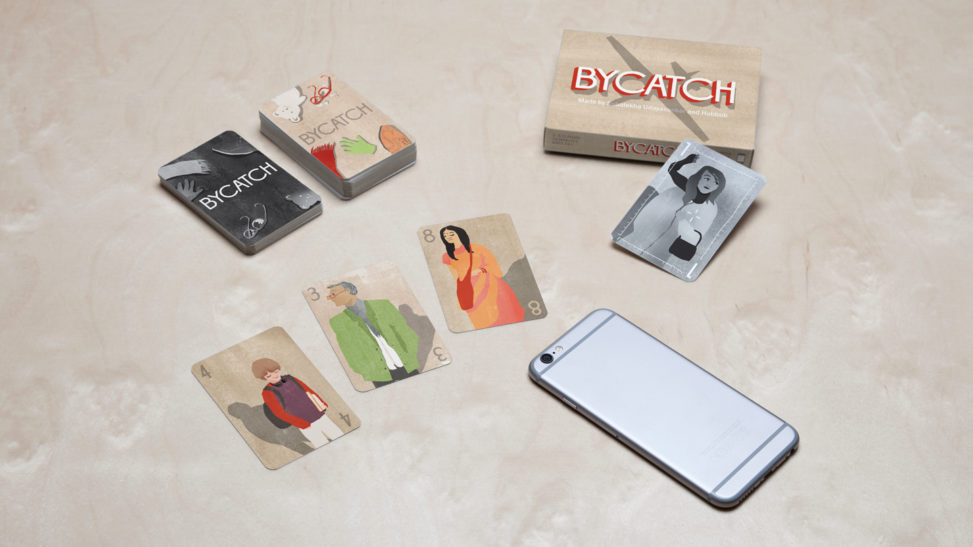 In Bycatch, each player controls a nation on the hunt for suspected terrorists. The players try to locate suspects hiding abroad using drone surveillance, and eliminate them using drone strikes. Meanwhile, they must shelter their citizens from the attacks of their opponents. Who will gather the most accurate intelligence and strike with the least collateral damage?

A card game played between 3–5 players, Bycatch creates a world where players represent nations who face threats to their national security and their cell phones represent the drones at their disposal. The game mechanics allow one to feel first hand the improbability of getting a clear footage of a suspect and the complexity of the decisions that follow. The facts about drone warfare are sewn into the fabric of the game through the imagery, narrative and incentive structure allowing the players to engage with it in their own comfort and pace.