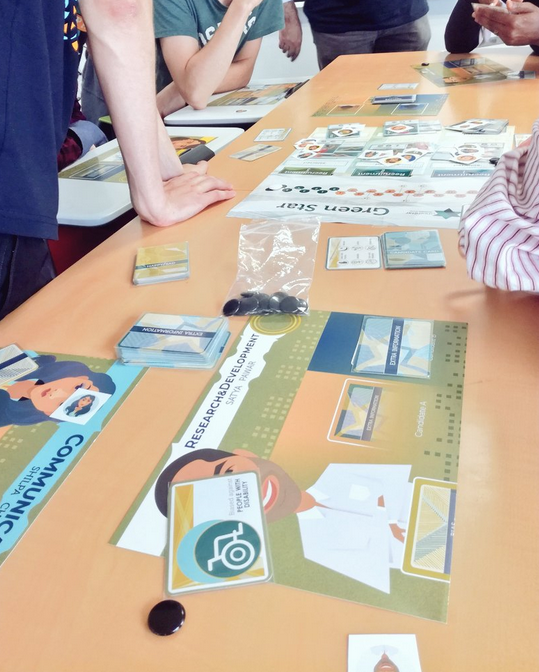 Hired is a mixed cooperative and competitive game about the power of bias in the hiring process. In Hired, a group of players represent a team of managers deciding on which candidates to hire for important positions in their organization. In addition to the CVs of the candidates, they each have access to information known only to them, that could influence the decision. However, each player also has a secret bias, such as not wanting to hire women, or not wanting to hire older people, etc. The players decide which information to share, to not share, or to lie about, in order to match their bias. But if another player detects their bias, they can be called out and their power diminished.

Playing Hired is a a great way to introduce the concept of implicit bias and the wealth of research results that document it. Within workshops, we discuss concrete ways in which organizations can change their hiring processes to account for bias.